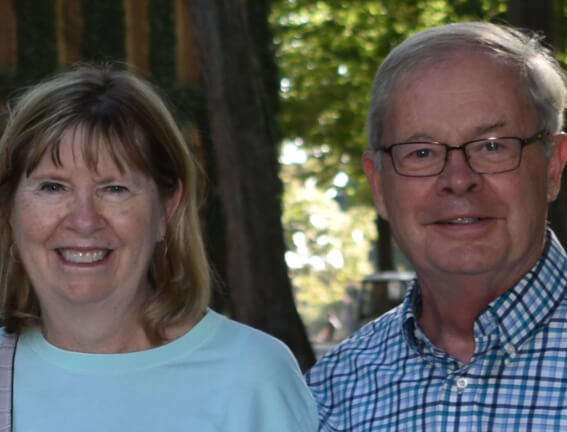 Merrell Mcilwain grew up in Charleston, West Virginia in a Christian home. While attending the US Air Force Academy, he met and married Cheri and afterwards they moved to Nashville where Merrell attended law school. For the next 25 years he served as a lawyer in public and private practice and in various capacities. In 2001 with their children in college he decided to study God’s word full time and they moved to Chicago. There Merrell graduated from Moody Theological Seminary with a master’s degree in Biblical Studies. It was at Moody that he met Martin Simiyu, and participated in the graduate school’s mission trip to Kenya with Martin in the summer of 2002. This first mission trip had a lasting impact on him, and he decided he “couldn’t come back to the US and just do nothing.” Several members of the graduate school began to pray about what became Possibilities Africa. Since then Merrell has served in various capacities with PA, and is currently a board member.